Tasuni is in Highgate in act 4. He is on the right of the waypoint. 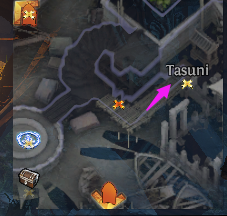 Like Level 1, upon first entering, the entire mine network will rumble, causing your character to comment. The spirit of Deshret can also be found here and freed, which is a part of the optional quest An Indomitable Spirit.

Free the spirit of Deshret

Deshret, the Red Sekhema, was the Maraketh leader who ventured into Wraeclast to fight the Beast. It found the entity’s resting place inside the mountains near Highgate, but, instead of destroying it, Deshret used her banner to seal the entrance to the Beast’s lair, and then charged her followers to guard it. Despite not dying inside the Mines, her spirit was captured after her death and she spent centuries being tortured by Malachai’s Godless Three – Doedre, Maligaro and Shavronne. She’s also Kira’s ancestor. 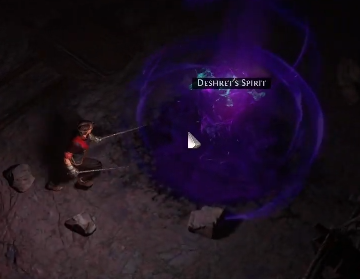 Find and free it.

Quest Complete – You have freed the ancient spirit of Sekhema Deshret and received a Skill Book from Tasuni. 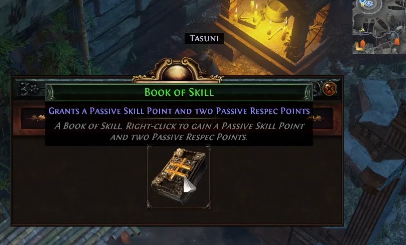