There are less than 0.1% of Path of Exile players use this gem as the main damage skill.

For your best class build, these main skills are also recommended: Ball Lightning and Cyclone.

For weapon, you can choose Sword / Shield or a two-handed Staff.

For attributes and defensive, the following is a level 92 Occultist character example:

Voltaxic Burst is now offered to the Shadow for completing The Siren’s Cadence, and can be purchased from Nessa by the Witch and Scion.

You can stack up many Voltaxic Bursts on yourself at the same time. Consider using duration modifiers to modify the timing of the explosion so that you can cast the skill from safety then move into a strategic position before it explodes. 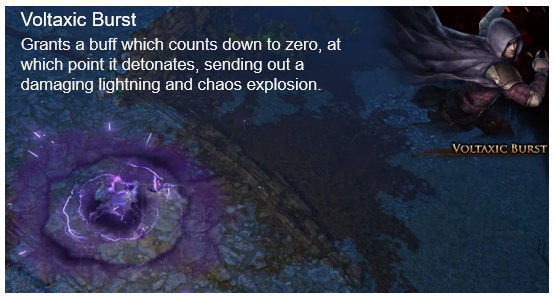 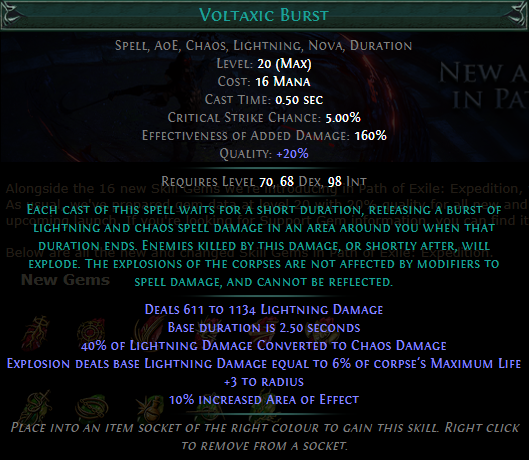