Note: Caught projectiles can pierce, fork, split, and chain, but not return.

As this skill does not directly do damage, #% increased Damage with Vaal Skills has no effect on damage. 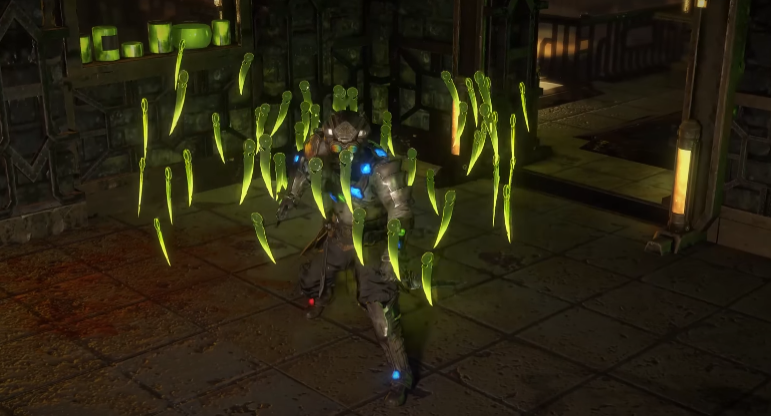 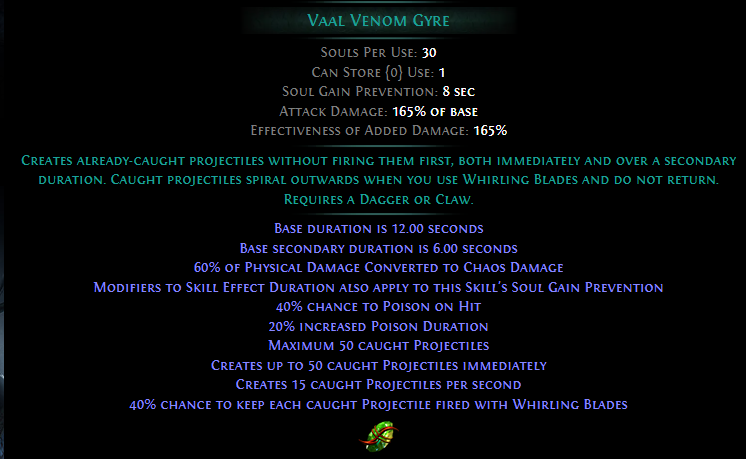