Nimis is a Unique Ring designed by Jungroan, and drops from the Uber Eater of Worlds. It makes your projectiles return to you after their flight, but it makes them go in random directions too.

How to get Nimis Topaz Ring? 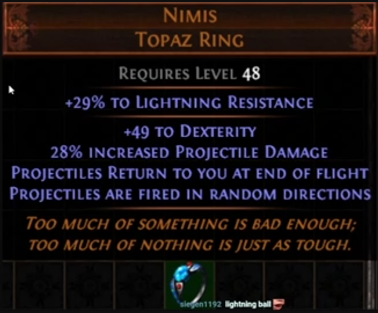 It was designed by Jungroan : Nimis.