New World is an Open World MMO set on the fictional and supernatural island of Aeternum in the 17th century. The game starts with the discovery of a mysterious new land. In this New World, players carve their destiny alongside hundreds of other players in a wild and supernatural 17th century world. You’ll need to band together to keep fortified strongholds against other players and hostile creatures.

There are no classes in New World. Players can play and progress how they want. Players can create builds customized to their preference through our Weapon Mastery, Attributes, and Endless Tradeskill Progression systems.

The release date of New World is September 28th, 2021. New World will only be available on PC. 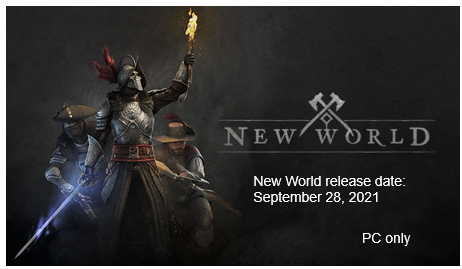 Currently, you can only play New World on PC. The release date of New World on Xbox, PS4, PS4 is still unknown.

Currently, players can join any server, though you may experience latency issues if connecting to a distant server. They will constantly monitor server performance and make adjustments as needed.