For most cases, you do not need support gems to support Defiance Banner.

Defiance Banner is now offered to the Duelist for completing Intruders in Black, and can be purchased from Yeena by the Marauder, Templar, and Scion.

Defiance Banner is a new purely defensive Banner skill. While you carry the

Defiance Banner, it increases the armour and evasion of nearby allies while reducing the critical strike chance of nearby enemies. It gains stages while carried near enemies and can be placed in the ground to enhance its effects.

Defiance Banner is placed, it inflicts a taunt on enemies for a duration based on the number of stages the banner had accumulated while it was carried. Enemies affected by this taunt also deal less damage to all targets. 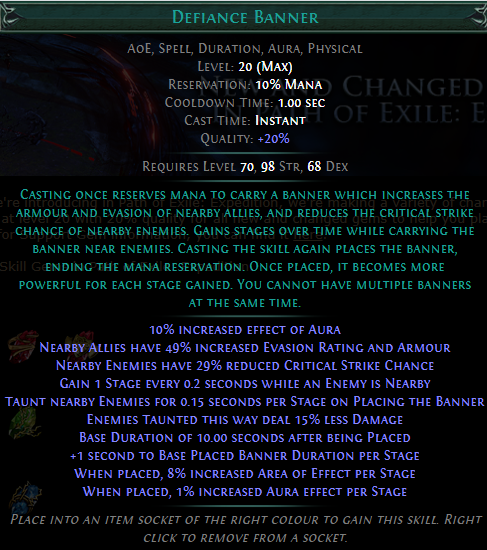