Players will be able to enhance the strength of their Resistance weapons by completing this quest.

Relic weapons can be enhanced further by completing this quest. The required items can be found both in and outside of Save the Queen areas. 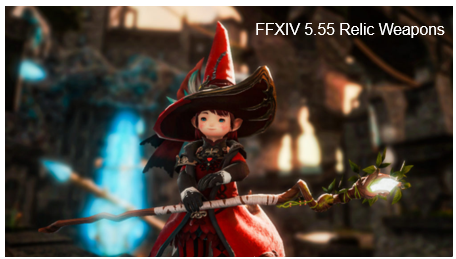 Relic weapon quests employ a system which will require players to proceed using the same class or job with which they accepted the quest.

The following items have been added to the list of potential materials yielded when desynthesizing weapons and accessories obtained from trials:

An issue wherein desynthesizing the weapons True Ice Katana and True Ice Degen did not yield the correct items.