Blade Trap can be purchased from Nessa by the Ranger, Shadow, and Scion after completing The Siren’s Cadence.

Blade Trap, you throw out a mechanical device with two copies of your weapon attached. These blades spin rapidly in a circle a set number of times, dealing damage to anything they pass through. When dual-wielding, the trap rotates faster but deals damage based on both weapons.

Because it’s a trap,

Blade Trap behaves a little differently to other attack skills by operating independently of your attack speed. This means you’ll have some interesting itemisation choices to make in focusing more on damage modifiers rather than the typical focus of maximising attack speed. 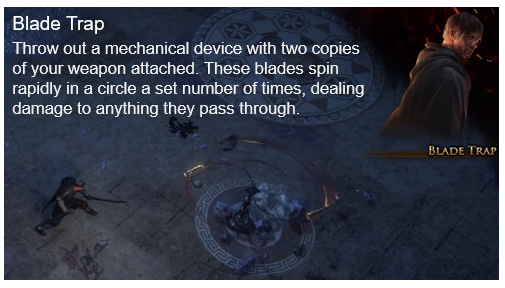 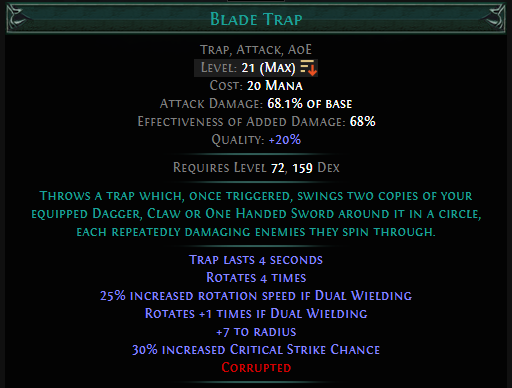