Profane Proxy is a unique Unset Ring. Unset Ring is a ring base type. It was introduced from PoE 3.10.0(Delirium League). It can affect Shock Aura, Curse Aura.

How to get Profane Proxy 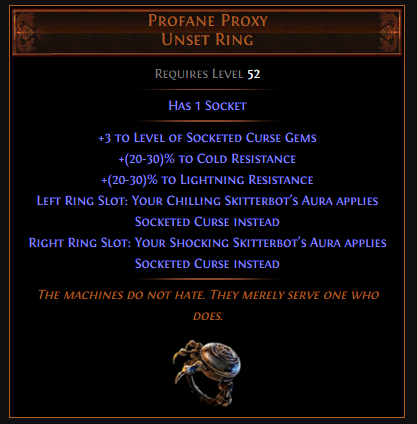