Absolution is now offered to the Templar for completing The Siren’s Cadence, and can be purchased from Nessa by the Marauder, Witch, and Scion.

Absolution has been designed for Guardians as a spell version of

The "larger" Absolution that the minions will cast

They have two Absolution spells - one normal and one that does the initial AoE and then a follow-up wave extending out to a larger area. Things in the initial AoE will be hit by both. The bigger one has a 6 second cooldown.

Do the minion's Absolution casts apply the effect to create/refresh the minions themselves?

The version of the skill used by minions has none of the properties related to minion-summoning, it just does damage. 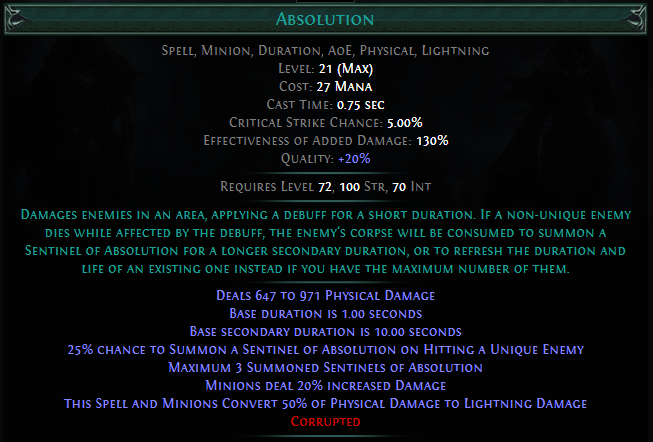