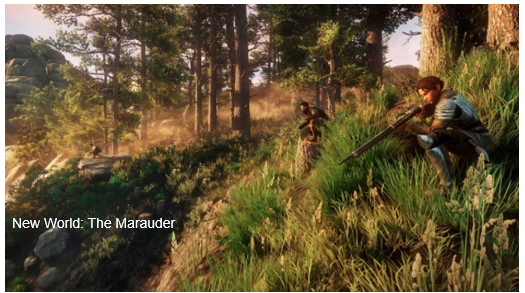 When you want something, you let everyone know and won’t stop until you get it. No matter what, or who, is in your way! Admittedly, you might act before thinking sometimes, but you have never been late for a battle. The Marauders would be the right faction for you, as you would battle side by side the strongest fighters of Aeternum.

The Marauder weapon mastery tree focuses on high damage and multi-hit abilities to hack and slash your way through your foes.