Lycia, Herald of the Scourge in "The Beyond" will always drop a Sanctified Relic, as well as 1 of:

Additionally, Lycia's second form also drops a random Unique Relic, which are one-time use Relics that provide additional challenge and rewards to a Sanctum run in areas of level 80+. She is also required to be killed to drop Original Sin or Invocations used to corrupt and add Keystones to Sanctified Relics by completing the aforementioned Unique Relic challenges.

PoE 3.20.1: The wave skill used by the final form of the Sanctum Boss now spawns far fewer lightning bolts with each wave, though the lightning bolts are slightly larger. The delay between each wave has also been slightly increased.

The Forbidden Sanctum is home to many bosses, including random miniboss encounters, bosses at the end of each floor and an ultimate showdown against the entity that controls the Sanctum. These fights yield valuable rewards including Relics, piles of Aureus coins, masses of experience, new Unique Items and more. 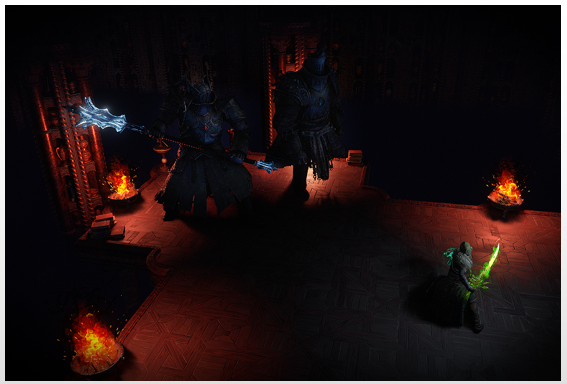