Participate in PvP content during the Series period to earn Series EXP and increase your Series level to unlock various exciting rewards!

* At the start of each new Series period, your Series EXP and level will be reset and the available rewards will be replaced.
* Any trophy crystals earned will be carried over to the new Series. 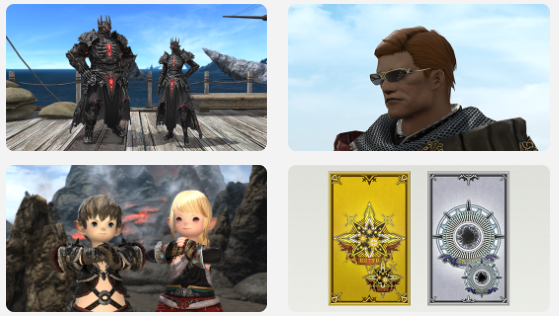 Rewards from Series 1 can only be claimed until the end of Series 2.

For reference, you can confirm the progress of your current Series by navigating to the Character menu, selecting PvP Profile, and finally Series Malmstones. 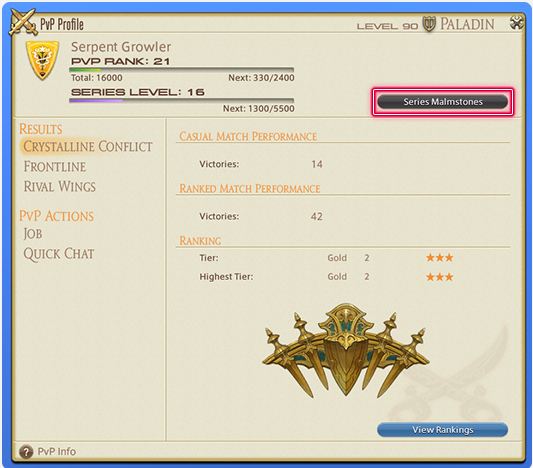 PvP Series 1 will soon draw to a close with the release of Patch 6.2, scheduled to release in late August.