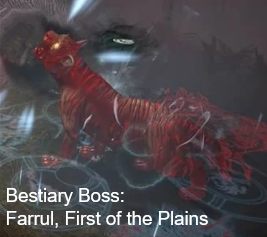 Beastcrafting is a method of crafting by sacrificing beasts to the blood altar in the Menagerie. Each beastcrafing recipe requires four beasts to be sacrificed, with most of them requiring one specific Red Beast and three Rare Beasts. The four chosen beasts are released into the arena surrounding the blood altar and must be killed to complete the recipe. If the player dies during the attempt, the recipe fails and the beasts are lost. 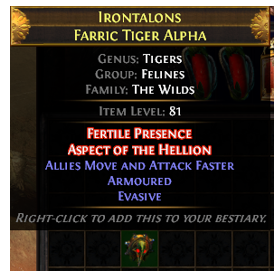 Note that if the player haven’t unlock the portal recipe, even buying the Saqawine Rhex beast from other player, would not unlock the recipe and thus blocking the access to the boss arena.

2. Travel to your Menagerie

Capture Farric Tiger Alpha to unlock a beastcrafting recipe that open 6 portals to Farrul’s Den. If you had unlocked the recipe in previous leagues, you can purchase the red beast Farric Tiger Alpha from other players directly. The recipe requires 3 others yellow beasts. 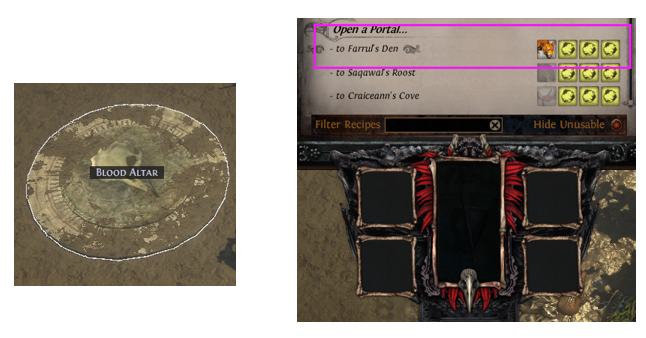