Crack open an Essence Monolith is a Harvest challenge.

How to Crack open an Essence Monolith

Monsters trapped in essence crystals can occasionally be encountered in most areas. Activating the center essence crystal three times will break the crystals, freeing the trapped monsters. The essence item can be obtained by killing these monsters, which are also enhanced by special monster modifiers on the essence. 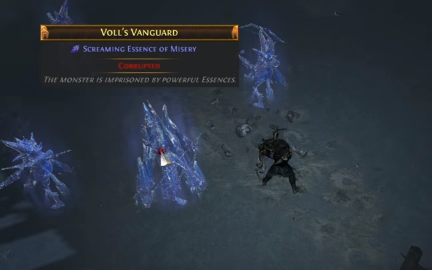 Click 3 times to release these frozen monsters and kill them.

What is an essence monolith?

A monster trapped in essence. it has a weird spiky blue icon on the minimap. when you get near it, it lists the essence that will drop upon releasing the trapped monster.