The Beyond league has been modernised and rebalanced. It now spawns the monsters and bosses from Scourge. You can also rarely find Tainted Currency when defeating Beyond monsters.

PoE 3.19 Changes: The Scourge have taken over the realm of the Beyond demons. Summoning monsters from Beyond will now summon Scourge monsters and bosses.

Defeat any two of the following Unique Beyond Bosses.

How to spawn Unique Beyond Bosses 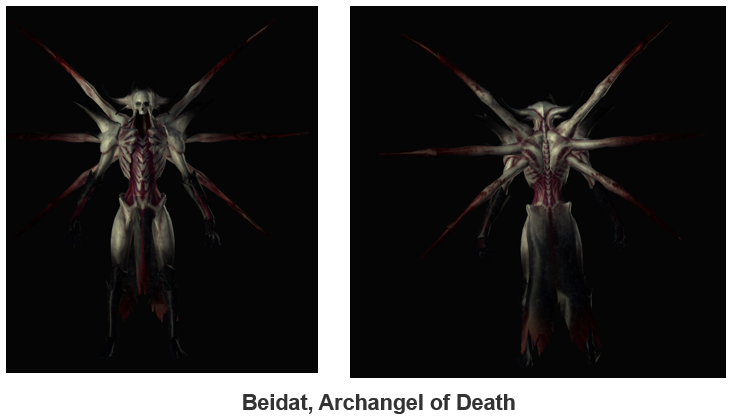 Beyond had several issues. Firstly, its art was eight years old and outdated. Secondly, the number of magic and rare monsters spawned was so much higher than the rest of the game that it provided a gigantic amount of experience and items to players who stacked it heavily, and was mostly irrelevant to everyone else. The number of rares spawned also caused problems with Archnemesis modifiers.

The following changes have been made to the Atlas Passive Tree as a result:

Players in the Beyond League had to deal with a race of extradimensional demons invading Wraeclast. When you killed monsters in close proximity to one another, small portals started to open; when you got enough of those open together, and a larger portal opened up, spawning more powerful monsters. If those happened close together, an even larger portal opened up, complete with a unique boss that was designed to be extremely difficult to kill.

Beyond mods: Slaying Enemies close together can attract monsters from Beyond this realm.

Beyond Demons are interdimensional unique monsters introduced in Forsaken Masters for the Beyond league. When you kill a monster, there is a chance that a small crimson orb appears on the ground. If four of these appear close to each other (roughly one screen), they open portals that spawn regular demons. They are quite tough. If these die, they have a chance to leave some kind of organic bloody fountain on the location where they were spawned. If three of these appear close to each other, they spawn a unique boss that’s extremely difficult to kill or even escape.

After the Beyond league ended, Beyond Demons were not added to the core game. They can still spawn in maps altered by Zana’s map device and are available as a map mod: Otherworldly. They also appear in magic packs with the Voidspawn of Abaxoth Bloodline mod.

They look like regular monsters with an unearthly red colouration. They use a lot of dangerous skills and may spawn with uncommon monster affixes. They spawn from small portals if there is enough of them close to each other (on an area that would fit one screen approximately). One of them is always rare and others are magical (this often creates funny names, like Servant of Haast of Flames). The rare one can have a nemesis mod, but the magical ones will never have bloodline affixes. When they die, they leave a bloody puddle instead of a corpse (soul conduit does not affect them, if they have it then it doesn’t even revive other monsters), but give experience and drop items (though not many). You can encounter normal Beyond Demons only by killing one with the Fractured Nemesis Mod (killing these does not create portals).